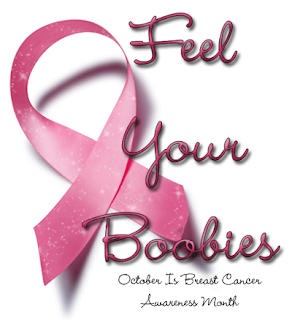 October is Breast Cancer awareness month. Yes, you have been bombarded with pink ribbons and pink just isn’t your colour, Sweetie Darling, but are you getting the message?

I added SheeBeeGee and BecauseIcan’s twibbbon to my Facebook and Twitter avatars because I liked the simple message it relayed. “Feel Ur Boobies” Sure, it could lead to random dirty old men asking if they can cop a feel but that is a small price to pay for the awareness it raises. Some of us poor suckers don’t get let off that lightly with just self examining our breasts. Some of us have to go through the dreaded, annual MAMMOGRAM.

What would I know, I hear you ask? I am on the right side of 45 (just) so, at a push, have had probably 1 mammogram so far? No such luck. Let me explain my history. Stop yawning, I haven’t started yet! My grandmother had breast cancer when she was a young woman and had a breast removed. They were somewhat clueless in those days and so she lived with an arm that was double the size of the other that needed to be “hung” every night so that the fluids would drain. My beautiful grandmother lived a good life and died in her 70’s.

Her daughter, being my mother, also had her breast removed but even with all the advances in medical technology, she died at the age of 47 – the day before her 48th birthday. She never got to see her eldest son turn 21. I was 15, the youngest of her 4 children. Show me a person who has ever met my mother and doesn’t say that they loved her and I’ll show you a liar. She was the most special human being. Enough said.

A few years later, whilst living in London, I got a phone call from my cousin. My beloved, sweet Aunty Andy had died. She too had had a mastectomy years before but, like with my Mother, they had not caught it in time. I remember the clothes she used to sew for me and my brothers and the yummy “boerekos” she used to cook when we visited her in the Cape. She was as short as my mother was tall. What a unique couple of sisters they were! Both had hearts of gold and so much love to give.

2 generations of women dying having suffered from breast cancer. Surely it must skip a generation? So you’d think. One of my 2 cousins, even with regular mammograms, discovered a lump in one of her breasts and had a mastectomy just before her 40th birthday. I know that her early discovery and swift action will spare her the fate met by our mothers.

History lesson over. Are you still with me?

Thanks to that history, every year 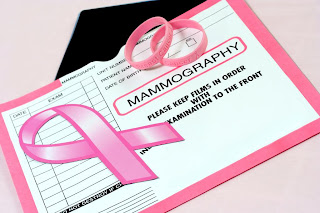 since my early 20’s I gather up my ever expanding folder of past mammograms and schlep off to the radiographers to have my boobs squashed and squeezed in-between cold, hard plates. “This shouldn’t hurt” Yeah right! Why do they have to make the room so darn cold? You don’t know whether you are shivering from fear or because you are developing frost bite on all your sticky-out bits.

After listening to my history the radiographers are always extra cautious and take a few extra “photos” at angles that one cannot believe ones boobs could possibly be extended to. At my first ever mammogram, the radiographer politely asked if I minded if all the students watched as they don’t often get to see such young patients. I was 23 so of course “I nearly died” as my boobs were examined by a bunch of young male student radiographers. They even got to feel them so that they could tell the difference between young breast tissue and old breast tissue.

Horror stories aside, a yearly mammogram is a small price to pay if it means that I get to see my daughter turn 21; walk down the aisle; hold her own child; achieve all the dreams she has for her life.

Ladies, when all the pinkness of October starts to make you feel like a bag of marshmallows with the white ones removed, please remember what it is all in aid of. Feel Ur Boobies or go for your Mammogram. It’s like paying your TV license…..the right thing to do. 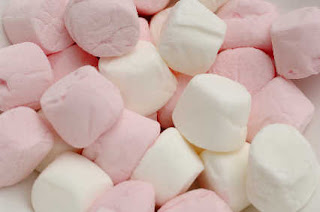