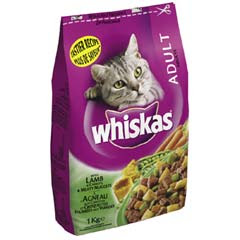 Have you ever eaten cat food? Dog food? Never! I hope would be your response. If you answered yes then please contact me and I’ll gladly buy you a Happy Meal or a tin of baked beans or 2.

So why the dumb-arse question? Let me respond with another question (slightly less dumb) Do you believe everything you are told in adverts? Let’s face it, unless you try out the product or service to prove the claims made in adverts, you really don’t have much choice but to take their word for it.

Sure there are some ads that are so outlandish that you actually feel sorry for anyone who believes them (drive this car and you will pull all the hot chicks; take this tablet and you will lose 5kg’s in a week; use this cream and you will appear to look 20 years younger; use this nappy and your baby will never cry again…….you get the picture?)

But how do you prove the claims made by pet food producers? We have established that none of us eat cat/dog food on a regular basis, so they can say anything and we have to believe them. They can tell you that there is real fish in their cat food tins and real meat in their dog pellets. Are you going to test their statements? Image phoning them and saying that you have tasted Fluffy’s food and it tastes nothing like hake and Butch’s pellets taste more like lamb than beef. They will probably think that you are Whackhead Simpson or from a new series of Candid Camera.

But this morning I established that one of the claims made by pet food producers was true. My three hungry cats were lined up staring at me, obviously using mental telepathy which I could not pick up on being a two-legged species. “Feed me, feed me” they were all saying. I do not follow any guidelines about recommended daily allowance and all that – I feed my cats on demand. And they were demanding!

I watched them closely for once (I had not had my first cup of coffee so was non compice mentice.) True as bob, the first thing that they ate were the “meaty nuggets” that Whiskas claim are in their dry food pellets. It is the reason why the girls fight over being first to the bowl when it needs to be replenished. It is why they stare at me to refill the bowl even though there is still food in it. They are after the meaty nuggets!

I found this discovery a revelation! Mmmm…maybe I need to get more of a life but I get excited when I learn anything – even if it is that my cats actually do appreciate the meaty nuggets in their Whiskas.

So, next time you feed Fluffy or Butch, look at what the package is claiming the food contains and I dare you to prove it wrong!

2 thoughts on “Sometimes you just have to believe.”