I saw a competition on the Umhlanga Life blog just a day or so after meeting the charming Fred Felton. Always game to enter anything – I submitted this story. The rules where that the story had to be 100 words or less. Not as easy as you think or is it just me who likes to waffle on and on?

Nevertheless, this is what I wrote…

She moved cautiously but with purpose. She knew exactly what was lying beneath but her focus was on getting love and attention and she had finally pinned down the person she adored the most. She was prepared to stand on dangerous ground.

There was a stirring and a rumbling that grew louder and fiercer as she approached. She paid it no heed. She needed to feel cherished. Fear was not going to stop her.

The infuriated puppy eventually poked her head out from under the warm duvet and glared at the cat as if to say; “Go away, she’s mine!”

This is what I have to deal with every night by the way. Roxy the Foxy sleeps under the duvet and Cuddles knowingly steps on her as she makes her way towards me for strokes and loves. That cat likes to live dangerously! One day Roxy is going to make the effort to get more than just her head out from under the duvet and then there will be hell to play! 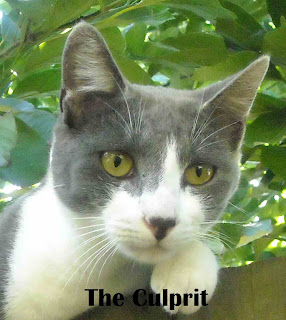 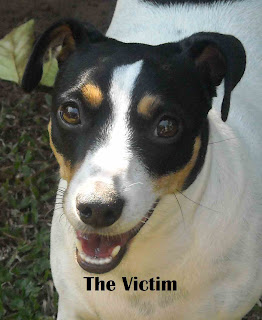