It happens every year round about this time. After a good rainfall, the sun comes out and warms the earth. Out come the flying ants from the numerous homes that they have in our garden (rent free). Within minutes of them making their mass exit, the sky above our house resembles the N1 in Joburg during rush hour.

The variety of all these birds en mass is quite a sight to witness. Whilst watching the traffic jam this afternoon I couldn’t help but compare each bird to a car. Just please bear with me. I am clueless about birds and all the different names and species.

Little brown birds – so tiny and timid they made me think more of kids on tricycles or those plastic, black motorbikes than any type of car. 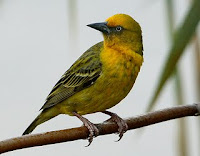 Pigeons – Toyota Corollas driven by stressed-out parents. A lot of them suffering from middle-aged spread.

Indian Mynahs – definitely Taxis. Of course there were loads of them, hurtling through the traffic with no sense of direction or consideration for others, shouting abuse at anything that got in their way. 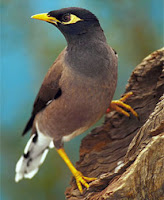 Starlings – big black birds that glisten in the sun. Mercedes Benzes driven by government officials. All that was missing was the flashing Blue Lights.

Hadedas – Large, slow and noisy – just like Putco Buses. Picking up passengers as they foraged for the ants on the ground. Polluting the atmosphere with their fumes. Hey, have you ever seen the poops that Hadedas make?!

Swallows – super fast and superior. Ferraris of the sky driven by tenderpreneurs and wealthy old men trying to regain their youth.

And then there was the pièce de résistance. A bird with a red beak and bright blue feathers. I think it was a Kingfisher. There was just one and it looked arrogantly down on all the chaos. Unquestionably a Rolls Royce.

My cats looked like they were staring at a smorgasbord at a Michelin star restaurant, but without a cent to their name. Drool on cats. You have clearly eaten far too many Meaty Nuggets. Roxy the fox-terrier made a few half hearted attempts to chase the hadedas. Give it up Roxy – they are bigger than you.

The pandemonium will happen a few more times until the flying ant lemming run is over. I think I am going to get a Birds of South Africa book before the next traffic jam.

5 thoughts on “Traffic Chaos in the Sky”