The Alien turned 15 in December.  Of course, all she wanted was a Blackberry.  Every other need and want paled in comparison to her desire to have BBM (Blackberry Messenger)

I stuck to my guns of not getting her one – with difficulty though.  The nagging, tantrums, depression and blackmail would have had the most hardened Marine SEAL crying like a baby!

Her joy when she received a Blackberry from her Uncle and Aunt was a sight to behold though.

The look of love as she clapped eyes on her BB for the first time almost brings tears to ones eyes?? 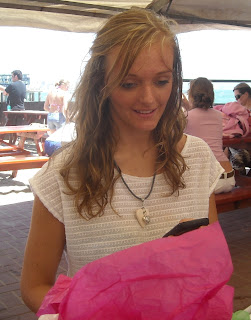 Then there is the “look Mom – I have a Blackberry.  How cool am I?” stage.  Pouting is of course compulsory. 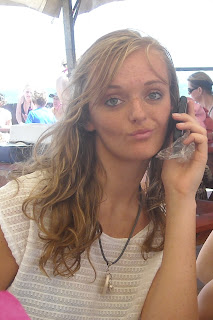 This is followed by the far away stare of an Alien plotting all the possibilities opened up to her thanks to finally becoming a part of the BBM generation. 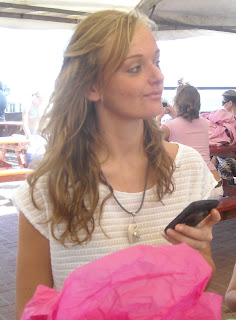 The Blackberry has been surgically attached to the end of her hand since she received it.
Quick question: Is there medication I should be giving her or counselling sessions available to ensure that she is emotionally prepared to get through the first day of school without it tomorrow?

10 thoughts on “The Alien is no longer Alienated”